Over thirty-five years ago, in the kitchen of a small apartment in Oakland, California, Marc Allen and Shakti Gawain started a publishing firm known as Whatever Publishing to put out into the world a few books and booklets they had written. It was a shoestring operation, started with very little capital. Total sales in 1977 were $800.

Today New World Library owns its own spacious building in Novato, California, has sixteen employees, and generates eight-figure revenues. The company’s name changed in the mid-1980s to better reflect the quality of its developing list. One of its first books, Gawain’s Creative Visualization, became an international bestseller and has sold more than six million copies in English and been translated into more than thirty foreign editions. 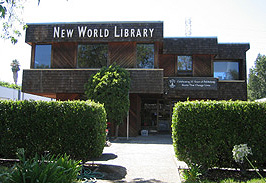 Many of New World Library’s books are categorized as New Age, though Allen says “there’s really nothing new in New Age; it’s been around for a long time. It’s the perennial philosophy, after all. Certainly for many, though, a New Age is dawning. Perhaps it will prove to be a great New Renaissance, possibly even an era of cooperation and global peace. We certainly hope so, and we are publishing material that can show us how to create far better lives for ourselves (such as Eckhart Tolle's, The Power of Now ) and a world that works far better (such as Active Hope  by Joanna Macy & Chris Johnstone and The Power of Partnership  by Riane Eisler).”

Two other joint publishing ventures, with Amber-Allen Publishing and H J Kramer, have contributed heavily to New World Library’s success over the past two decades as well.

Between late 1993 and 1995, six books and six spoken-word audios were published under the Amber-Allen imprimatur. One of those books, The Seven Spiritual Laws of Success by Deepak Chopra, has gone on to sell more than three million copies in English and has been translated into more than thirty foreign languages. It was on both the New York Times and Publishers Weekly bestseller lists for over eighteen months.

In 2000, New World Library entered into a joint venture with H J Kramer, the publisher of such authors as Dan Millman (Way of the Peaceful Warrior), John Robbins (Diet for a New America), and Sanaya Roman (Creating Money). New World Library assumed responsibility for many functional areas of H J Kramer, including sales, marketing, subsidiary rights, fulfillment, production, and accounting. H J Kramer has continued to focus on author relationships and acquiring and developing new books.

In order to give its books the care and treatment they deserve, New World Library publishes approximately thirty-five new titles annually. “That way our backlist gets the same attention as our new titles,” says Allen. “We publish good books, and we want to keep them in print as long as possible.” Nearly 70 percent of New World Library’s revenues are generated from its strong backlist, which includes books by Joseph Campbell, Eckhart Tolle, Jennifer Louden, Riane Eisler, Echo Bodine, Mother Teresa, Richard Carlson, Alan Watts, Kent Nerburn, Christina Baldwin, Brad Warner, Valerie Worwood, Daphne Rose Kingma, and, of course, Shakti Gawain and Marc Allen. New World Library has been distributed to the book trade by Publishers Group West since 1979 and is their oldest distribution client. 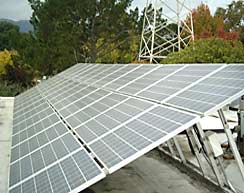 New World Library is a long time supporter of The Green Press Initiative, a nonprofit program aimed at getting authors and publishers to use recycled paper and more environmentally safe processing and printing procedures. In addition to using soy-based inks, nearly 100 percent of New World Library’s new titles are printed on postconsumer-waste (PCW) recycled paper.

New World Library celebrated its 35th anniversary in 2012. Its success as a company is attributable to the continuing strong performance of Eckhart Tolle's books The Power of Now, Practicing the Power of Now, Stillness Speaks, and Guardians of Being with more than 5 million, 500,000, 400,000, and 150,000 copies sold respectively. In 2001, New World Library worked with the Joseph Campbell Foundation to launch the Collected Works of Joseph Campbell series.  Fourteen books were released in this series by the end of 2013. The revised edition of The Hero With a Thousand Faces, published in 2008, has already sold nearly 160,000 copies and Pathways to Bliss has sold 50,000 copies.

New World Library publishes books and audios that inspire and challenge us to improve the quality of our lives and our world. The ultimate goal of the company is a sweeping one: personal and planetary transformation — awakening both individual consciousness and global social potential by publishing inspirational and practical materials on spirituality, personal growth, and other related areas.

“The best thing about the business, as far as I’m concerned,” Allen says, “is the large amount of mail and email we’ve received, over the years, from people who have been deeply affected by our publications. All I need to know is that I’ve made a positive impact on someone’s life — that makes it all worthwhile.”

Permissions
Want to use a quote from a NWL book for your publication? Use this link to submit a permissions request.

Submissions
Click here for information about submitting manuscripts to NWL